Fishing in the Sunshine State 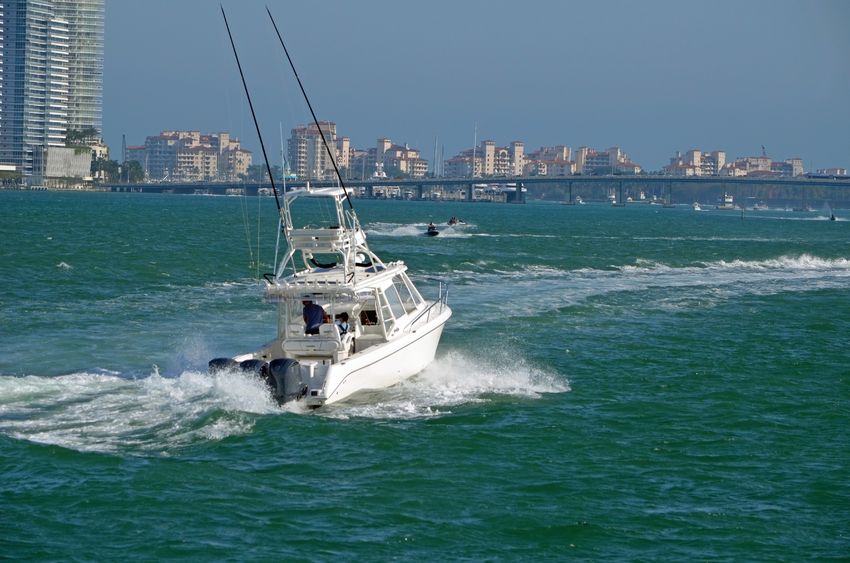 Frequently referred to as the “fishing capital of America”, Florida is synonymous with great sport fishing. From the Gulf to the Keys, finding the best places to fish in Florida is an easy enough task – they’re all around you.

Florida is known internationally as a sport fisherman’s paradise. From swampy backwaters of the Everglades to sapphire-tinted canals in the Keys, the Sunshine State encompasses nearly all aquatic environments possible.

In 2006, over 80 million people traveled into the state, and anglers spent a mind-boggling 46.3 million total days fishing. That’s almost 127 THOUSAND years worth of fishing!

The climate is warm and muggy, which promotes a nearly year-round feeding trend in the local aquatic species. You have it all here in the Sunshine State – Blue Marlin, Sailfish, Mahi, Snook, Grouper, Tarpon, and Cobia are just a small sample of the best-known game fish here.

But though many outside the state (and in the state) focus on its immense saltwater offerings, Florida also showcases some of the best freshwater fishing opportunities in the U.S.

The state has over 3 million acres of freshwater fishing destinations that include the world-class Lake Okeechobee, Florida’s largest lake and considered by many to be one of the best bass fishing spots in Florida if not in the entire country. 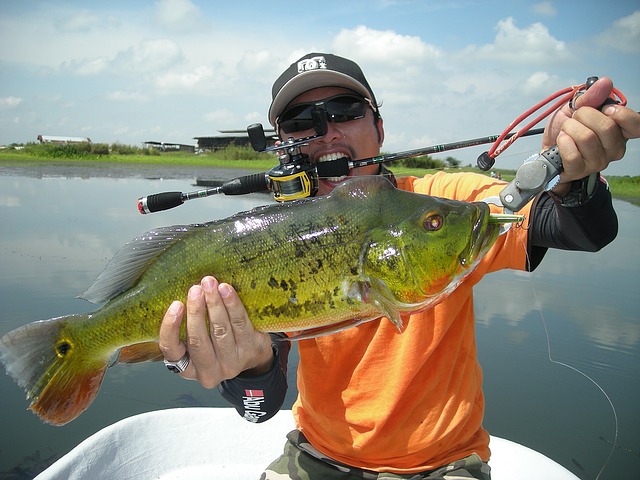 The lake is well-known for its Black Crappie fishing as well as for producing trophy-size Largemouth Bass, among other species. Other prominent Largemouth Bass locations in the state include Lake George, Lake Toho, and the Rodman Reservoir (this is a very short list of the top spots).

On top of its native freshwater species, Florida also plays host to quite a few exotic species, introduced mistakenly (or not so) over the years.

Chief among these is the Peacock Bass. A species normally located in the Amazon, these fish grow large and fight hard. It isn’t unusual for them to top 15lbs, which is relatively rare in freshwater species.

Another recognizable example from the area is the toothy maw of the snakehead. Snakeheads are a vicious carnivorous species originating in Thailand.

Able to breathe air for upwards of 30 minutes, these invasive predators multiplied quickly and efficiently in the canals of Florida. They actively assault topwater presentations, and make for a thrilling fight when hooked!

Various species of cichlids dart through the waterways as well, due to aquarium releases gone awry. Even Nile Tilapia can be found in public parks! Florida truly plays host to one of the most diverse selections of angling opportunity in the country.

Although there is no lack of spectacular freshwater opportunities in the state,  saltwater fishing the Sunshine State seems to own the spotlight. Florida holds more saltwater world-record catches than any other state – or even country! Literally, hundreds upon hundreds of line class, length, and weight records are maintained by anglers in the state, and more are made every day! 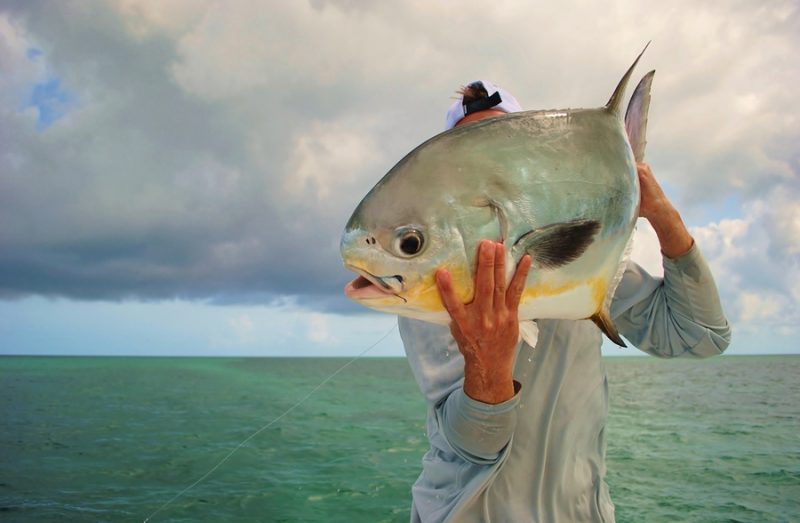 The combination of a warm climate, currents from the gulf, and a booming industry have created the perfect storm for variety and abundant catches.

From stealthy bonefish and permit in the flats and big silvery tarpon and monster snook along the many sandy beaches and bridges to tackle-busting Sailfish and Mahi in the deep, it seems as though these cerulean waters induce unreal growth in ALL of the species located within its depths.

In short, a quick survey in the United States will show you, rather quickly, that Florida reigns near the top in the hearts and minds of anglers.

Pristine beaches, locally caught seafood around every corner, and even an abundance of family-friendly vacation spots make the Sunshine State one of the most prominent destinations in America for people of all ages, this writer included.

Go ahead and book your trip to visit Florida; you won’t regret it for a moment.