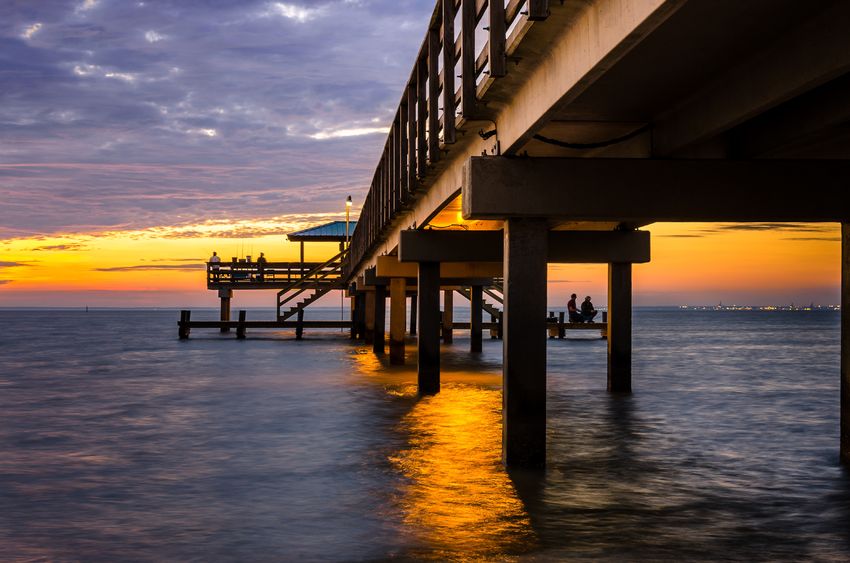 Known as the Heart of Dixie, Alabama lies smack dab in the middle of the deep south. Its metropolis, Birmingham, is one of the banking capitals of America. Started as an iron town, it grew exponentially after the discovery of excess iron deposits in Red Mountain. This rapid inflation earned it the nickname “The Magic City” because it appeared as if by magic.

Alabama is also home to Montgomery, one of the major landmarks in our nation’s civil rights history. But it is also known for its sportfishing, as evidenced by the high number of fishing tournaments in Alabama.

From Pickwick Lake up north, all the way to the azure waters of the Gulf Coast, Alabama is firmly planted in the rich tradition of sportfishing.

Within a one hour drive from Birmingham, it’s possible to hit multiple reservoirs that hold the distinction of hosting the greats.

To the northeast, Ketona Lake lies dormant and currently private. Two world record bluegill were pulled from this lake within three years! Lake Martin is a spotted bass wonderland, abounding with every kind of structure and layout imaginable.

Smith Lake, one of the best fishing lakes in Alabama, to the north lies on a flooded valley, resulting in deep, clear water that reaches almost 250 feet at its deepest! It also contains a slew of landlocked striped bass, that very often reach 50+lbs!

To the northeast, you have Logan Martin Lake, a sprawling reservoir that crawls its way across 17,000 acres.  A veritable labyrinth of twists and turns, the locals call it “The Lake of a Thousand Coves”. To the west lies Lake Tuscaloosa, Bankhead Lake, and Holt Lake, all impoundments of the Warrior River system. 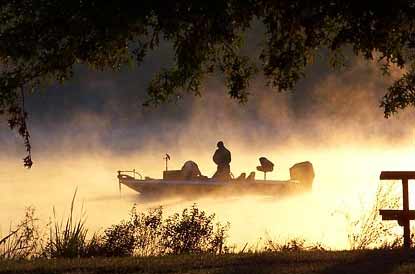 From the Shore and Beyond

With all the fresh water available, many people forget that Alabama is situated on prime real estate, right along the Gulf of Mexico. Here, anglers consistently do well with red drum and speckled trout off of Dauphin Island, as well as on the outskirts of the Mobile Delta.

If fishing the delta, you may even be lucky enough to spot an alligator gar! Alabama is one of only 10 states that play host to this prehistoric beast, and one of only two that you can still hook into a trophy-sized specimen.

The state saltwater fish is actually the tarpon, and you’ll understand why after wrestling with one from the pristine waters off the Gulf Shores! These fish gather in pods and readily take fly lures on sight, resulting in one of the most adrenaline-fueled fights available in sportfishing.

King mackerel are also very prominent during certain times of the year, to the point of being caught off of public piers! Surf fishing along Alabama’s Gulf Coast will produce a variety of exciting catches, from Pompano and Flounder to Black Drum and Spanish Mackerel.

For those looking to get further out for bigger catches, Gulf Shores and Orange Beach fishing charters, for instance, offer trips that get you out over a vast artificial reef system for some  Red Snapper, Gag Grouper and Amberjack fishing, or even further offshore for a chance to tangle with world-class Kingfish, Wahoo, Yellowfin Tuna, and the occasional Blue Marlin.

But, no matter your species of choice or the type of water you want to fish, Alabama stands proudly as having one of the healthiest fisheries in the nation. A host to world records, fish fries, and buckets full of nightcrawlers… it’s a part of the United States that truly feels like home to any angler.

If you’re on the edge, debating a trip to this historic area, go ahead and do it. Southern hospitality is called such for a reason, and there’s a mason jar of sweet tea waiting for you around every corner. After all, it is sweet home, Alabama.