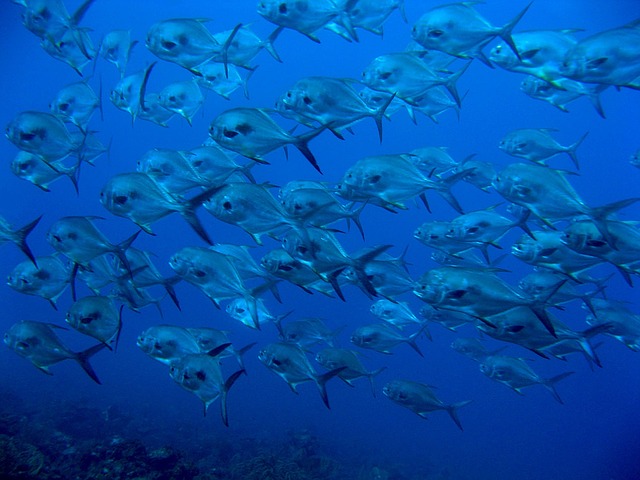 Permit are amongst the most desirable fish species any angler could hope to reel in – mainly due to the fact that they are so damn difficult to catch! These fish are incredibly elusive and have fantastic sight and senses, which of course makes it more than a challenge to get one on the line!

They are certainly the most difficult fly fishing target you are likely to ever encounter, and can be mostly found in schools along beaches, oceans, offshore reefs, estuaries and river mouths, but are best found as solitary fish in the flats.

The most common and popular areas for catching the prized, elusive Permit tend to be found up and down the length of the Atlantic coast, including locations such as the Florida Keys, Belize and Brazil in South America, as well as along the coast of Mexico.

Yet there is one often overlooked location for Permit fishing, which could very well be one of the best spots in the world – Australia!

Where to Find Permit in Australia

The northern parts of the country tend to have the best locations when it comes to Permit in Australia, particularly in Exmouth and Ningaloo Reef in the northwest, Cape York in North Queensland, and further south in Hervey Bay.

Exmouth and the nearby Ningaloo Reef are known for their amazing biodiversity and abundance of the species. The flats located in the huge lagoon of the reef are perfect for fly fishing for Permit or “Snub-nosed Dart” and “Oyster Crackers”, as called by many Aussie fly fishermen.

North Queensland has many great estuary mouths along the northern coast, and these can also be a fine spot for locating Permit, along with the surf and headlands in the region too. 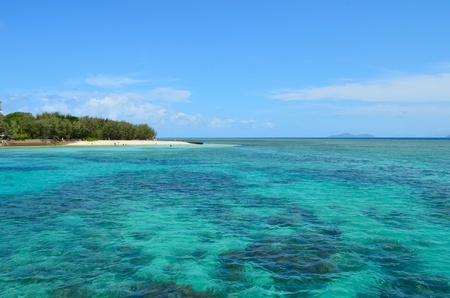 Simply referred to as anaks and blochiis, the first is larger and essentially an inshore fish found around coastal sand flats and beaches and is said to be a little more elusive, while the latter is smaller and can be found in deeper waters and ocean flats. Both species, however, are smaller than the better known Atlantic Permit, or Trachinotus falcatus.

Even so, there is frequent overlapping of habitats by the two species, providing the angler with the golden opportunity to catch both species within the same location – such as in Ningaloo Reef.

Though there are some differences between the two, with habitat and minor dietary preferences among them, they both have two things in common that make them very popular with Australian fly fishermen. They both like to feed in shallow water and flats, and they will provide the fight of a lifetime should the angler be so fortunate as to hook into one.

Fly fishing is the best, if not the most exciting method for catching Australian Permit. You will want an appropriate rod, reel, and line. Where you fish should be taken into account as well, with popular locations for fishing Permit including from beaches and, most commonly, the flats.

For the surf, aim for a light surf rod somewhere in the 10′-12’ range, with a line of between 12-20lb-test, and either a baitcasting or spinning reel. Live bait works best here too, with crustaceans like crab or shrimp being ideal – feel free to try artificial lures that look like these types of live bait, as they can work almost just as well.

When fly fishing the flats for Permit, an 8-wt or 9-wt rod should be fine and, while you could use live crabs or shrimp;  a shooting taper fly line can work just as well. Using 10’-12’ leader of 10-12lbs should suffice too. Reels should come with disc drag, and it is a good idea to include 100 yards of backing too due to their combative nature.

When heading to popular spots in Australia for Permit fishing, you will likely find many good fishing shops with the appropriate tackle for that particular area – seek out local advice for the best types of gear to take with you and the best spots to find! And if you want to get into some fish quickly, nothing beats teaming up with a local Australian guide or charter boat.

If you are fishing in the surf, be mindful that they will likely be in schools and aggressive rather than shy, but casting smack in the middle of the pack is not the best approach. Instead, look for the fish that is on the fringes a bit and make your cast there. Generally speaking, try using live bait with little to no weight and throw this onto the surf area where you can see the fins – aim to cast it ahead of the school rather than directly into it, as this could possibly scare them off.

Flats Permit fishing offers incredible opportunities but it is also where your technique has been at its sharpest. For one, you will likely find solitary Permit rather than a school, making them much more likely to scare when disturbed.

The use of sight-fishing for Permit is as important here as it is elsewhere, as their senses will be on point, meaning you really need to find them before they spot you. Considering the water will be shallow and clear, this can prove to be quite the challenge for even the most experienced fishermen.

You can wade out in the flats, although this can be one of the easiest methods for spooking them. So sometimes long casts are called for as you won’t be able to get too close. Also, you run the risk of stepping on other marine life such as a stone fish or sea urchin, so it can be rather hazardous.

But they are worth it. The Australian Permit may be smaller than their Florida Keys and Caribbean counterpart, but they are pound for pound just as strong and thrilling.

Flats boats or fishing skiffs, in particular, will be your best bet in these shallow waters. Lightweight push poles are a must here as any noise or excessive water disturbance will likely send a wary fish on his way. Sitting down while casting will also allow you to get very close to the fish.

Kayaks are a great idea too as they can also silently approach the fish, but you may struggle to find room for all of your equipment.

Remember that live bait such as crabs or shrimp would react slowly, fleeing at a slow speed that should be closely mimicked to increase your chances of a bite. How you retrieve the line can vary, including stationary fly, slow strips or long pauses – Australian Permit fish, like their Atlantic cousins, are incredibly hard to find and lure with a fly but it can be done!

Regardless of choice of gear or technique, fishing for Permit Down Under will leave you with a sense that you have discovered yet another exciting spot on the map to enjoy this amazing species.