The muskellunge, better know as Muskie, or musky, for short is a very popular species of fish that is found in abundance at Mille Lacs Lake in Minnesota as well as throughout many other regions of North America.

But here at Mille Lacs, the fishing is something special, locals and visitors will tell you. As a matter of fact, not only is it one of the best Muskie lakes in Minnesota, it is also one of the most renowned fishing destinations in the U.S. and one of the select sites for the Bassmaster Series. You are likely to find a number of these pros on the lake at different times of the year.

If you have never had the pleasure of having a Muskie on your line, you are really in for a treat. This powerful swimmer will give you a run for your money and make you work to bring it into your boat. Ensuring the popularity of Muskie fishing on the lake for many years to come, the lake is freshly stocked annually with small fingerlings according to DNR in order to keep the population healthy.

In addition to the Mille Lacs area tourism that has been, for years, attracting vacationers and families alike, recreational fishermen are drawn to the lake area for its many fishing resorts, cabin rentals and, of course – some of the best musky fishing in the world!

The depth of the lake is perfect for shallow fishing since the majority of lake ranges in depths from 20 feet to 38 feet and is 42 feet at its deepest. The lake bottom is made up of mudflats in the northern half of the lake, with the southern half mostly gravel and rock covered.

The variety of fish species that populate Mille Lacs Lake makes it an extremely popular place for both regular and ice fishing. Muskie and Walleye are very plentiful fish and attract a huge number of fishermen from all across the country. For those looking for a more leisurely fishing adventure on the lake, Mille Lacs fishing charters and guides supplying both equipment and knowledge of the lake are readily available.

No Ordinary Fishing Experience on This Lake 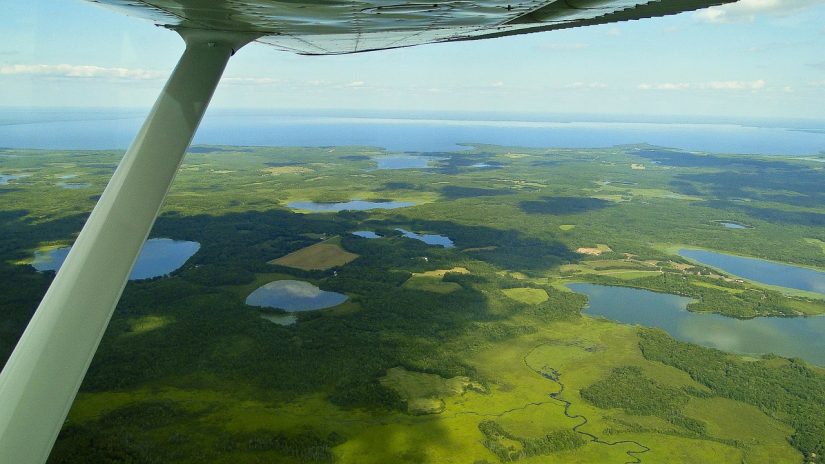 When it comes to fishing, half of the fun is the challenge of getting the fish to take your bait, while the other half is when you actually land the big one on the deck of your boat. What makes the Muskie so exciting to fish is the challenge it presents to both of these endeavors. Even when you have been lucky enough to lure one of these monsters, there’s no guarantee you will land it.

While most fish can put up a struggle, there are not a whole lot of species of fish, regardless of size, can put up a fight the same way the Muskie does. For the seasoned fisherman, this is what the big draw is to Mille Lacs Lake –  the rare opportunity to pit their all of his skills up against one of the most ferocious fighters encountered in freshwater fishing.

While the majority of the Muskie that are pulled out of the lake are average in size, there are some out there that could be called monster-sized. These special fish are thought to be well above the weight, length and girth of the official record for any fish caught on a line in Minnesota.

The largest of these have been referred to by the name “Queen of Mille Lacs” caught in late 2015 measured over 57 inches long and 30 inches in girth (measured around the fish) with an estimated weight of 61 pounds.

This massive fish was reported just 16 days after another huge Muskie was caught in the lake. That one measured 57” long with a girth of 26-½” and was estimated to have weighed well over 50 lbs.

Unfortunately, these numbers are not official as these fish were immediately released after quickly being measured. The official weighing and measuring would ultimately result in the death of the fish for obvious reasons.

Many people from throughout the Midwest and North America continue to visit Mille Lacs Lake annually in the hopes of experiencing what Minnesotans have been boasting about for years. the lake has to offer.

One of the biggest draws to the lake is the hope of hooking into one of these Mille Lac monsters. If you are looking to plan that special Muskie fishing trip, Mille Lacs Lake should be at the top of your list.