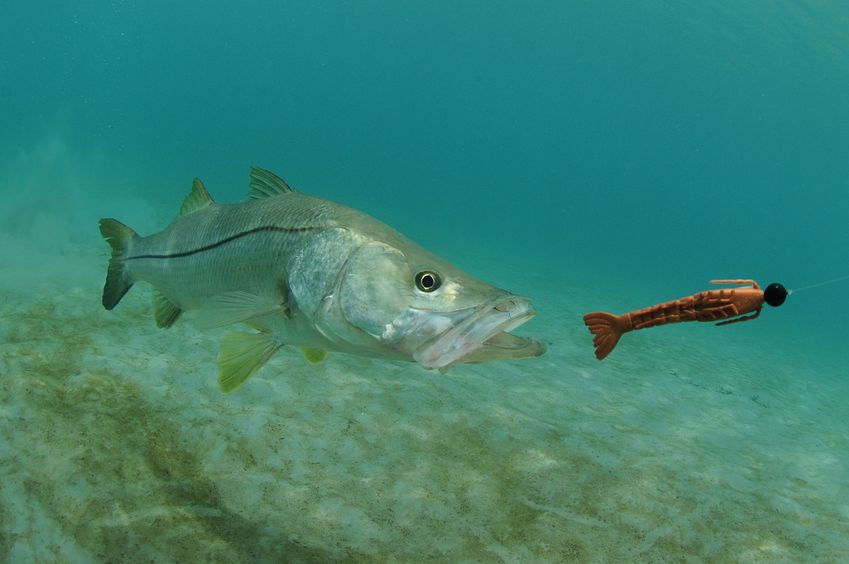 Today is a very special day throughout the state of Florida for die-hard snook anglers. September 1st marks the opening of the fall snook season throughout the Sunshine State, and from coast to coast Florida recreational fisherman will finally be able to let go of months of pent-up anticipation and once again target their favorite inshore game fish.

Florida has two snook seasons that vary only slightly, depending on whether you fish the state’s west or east coast. The first installment of the 2017 snook season ran from March 1 to April 30 on the Gulf side (including Monroe County and the Everglades National Park) and from February 1 to May 31 on the Atlantic, inclusive of Lake Okeechobee and the Kissimmee River. Snook fishing was great in most regions as usual, but the fall season is longer and possibly the best for that reason alone.

The bag and slot limits for the season remain unchanged for both regions. The daily bag limit will stay at one fish per angler statewide. Gulf Coast snook must not measure less than 28″  or more than 33″ from head to tail (compressed),  while their Atlantic cousins will continue with their slightly more restrictive slot size of 28″ to 32″.

Most Florida anglers are familiar with the regulations, but for those who are not there is a $10 snook permit fee per angler regardless of residency. This is, of course, in addition to your saltwater fishing license fee, if you are fishing from anywhere other than the shoreline or a structure attached to the shore, i.e. boat fishing (more info can be found on the FWC site).

Hooking Up with Big Florida Snook

What makes these fish so prized by Florida fishermen, as well as anglers from other states and regions, is their fighting tenacity, size and the fact that they are not easy to catch. The snook (sometimes referred to as linesiders or robalo) are not as elusive as, say bonefish or permit fish, but they take skill and patience to hook. Landing a really big one – I’m talking about a 40-inch, 30 lb-plus monster here – is a truly a special feat.

That fall snook are coming off some 3 to 4 months, where they have been allowed to feed and fatten up almost undisturbed (depending on which coast you’re fishing), you can bet that there’s a fair chance you’ll hook into a cow, as the big females are often referred to.

You see, the big ones are almost always female as snook and are protandric hermaphrodites, meaning they change sex from male to female as they reach maturation. You have to work hard and have a little luck to catch one of these big gals, but if you do there’s nothing more thrilling inshore. Catching that 40-pounder, to this day, remains firmly on my bucket list!

Over the next 3 months or so, before the season’s closure in December, we will have many opportunities to hook into this big, bold fish.

Snook can be caught almost anywhere and at any time of the day, but from experience I would say to look for them anywhere where there is some sort of structure or cover in low light settings – along mangrove shorelines, navigation channels, rocks and especially near bridge and pier pilings – and under dock lights after dusk. Inlets are also great places to cast your line – the Jupiter and Sebastian inlets on the Atlantic coast are legendary for their big snook.

I like fishing for them an hour or so before high tide through the first couple hours of the falling tide. The stronger tides produced around the time of a full and new moon are excellent for snook fishing.

Remember, snook will have their nose to the current whether it is an incoming or outgoing tide. A great technique is to throw your bait or artificial lure into the current and let it drift toward these ambush artists – then hold on! If you locate them under a shadow line, even better.

I prefer live sardines, mullet or pinfish; but even cut baits such as mullet and ladyfish can work when they are hungry. On the artificial side, some of the best lures for snook include spoons, top-water plugs, and plastic swimmers work well. If fishing deep water or channels, sinking lures like bucktail jigs or plastics such as a Bass Assassin Sea Shad on a jig head are very effective.

Regardless of when or how you fish for snook – I’m sure you already have a favorite strategy – the fall snook season is finally here, and it’s time to have fun!

One thing I’d like to emphasize, however, before concluding this post, is conservation. I’m a firm believer in it, as only by being responsible anglers and good stewards of our planet can we ensure that our kids and theirs will be able to participate in the same outdoor activities that we currently have the privilege of enjoying.

That’s not to say we can’t enjoy them occasionally as table fare. There’s nothing wrong with taking home the occasional keeper – don’t buy into the “soapy” taste description sometimes mentioned with regards to eating snook. They are delicious if cooked or grilled with the skin removed. Snook tacos are the best!

However, keep in mind that the Florida common snook populations were hit hard just 7 years ago by an unusually cold weather front and only recently, through the concerted conservation efforts of the state and conscientious anglers, have they bounced back. So catch and release, along with gentle handling, is crucial to the species’ long-term sustainability.

Planning on being out on the water for the start of this fall’s snook season? Drop us a line, we’d love to hear how you made out. Tight lines, and have fun!