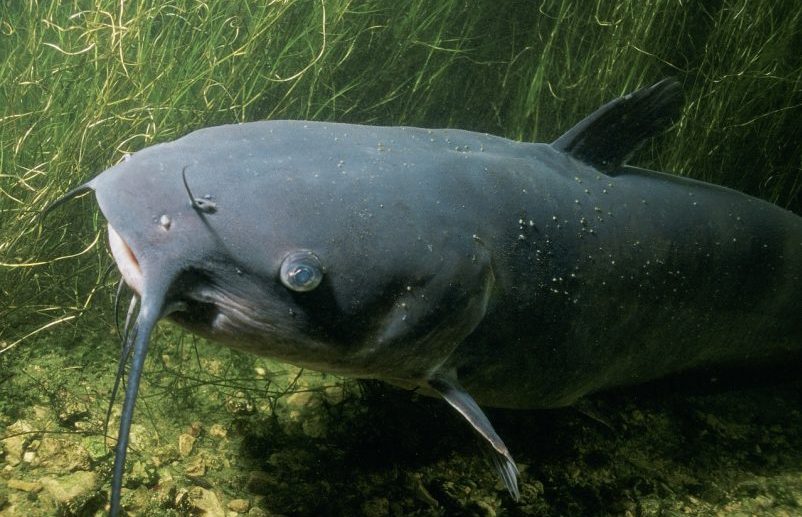 Fishing for catfish in a freshwater environment provides its own unique challenges, despite what pictures of laden stringers might tell you. As a bass angler first and foremost, I struggled for a good amount of time trying to pattern these elusive mudfish and spent many a summer night enticed only by the sound of my lighter flicking to life.

It’s possible to sit for hours, craving the squeal of a well-tuned drag, only to be disappointed at the end of your trip. With a few tips and tricks, though, it becomes a simpler task to fill your freezer with meat and your day with excitement.

The first step is to know your foe.

Three Cool Cats and the Art of Noodling

In the united states, three species of catfish reign across a vast expanse. The most common of the three, the channel catfish, is a slender, grey fish built entirely out of muscle.

They are named as such due to a tendency to stick to old river beds and channels in the lake bed during their patrols, making them fairly easy to target. These are the smaller of the three species in my region, and yet they still grow to over 30lbs.

Next on the list is the formidable blue catfish, a species that grows larger than the lowly channel. Under the proper conditions, these brutes top 50lbs frequently! They do so by intaking a vast amount of live forage fish a day, as they are more predatory than their cousins.

Finally, the monstrous flathead catfish. They stick exclusively to holes, which has spawned a sport called “noodling”. When noodling, an angler sticks their arm into a hole along the river bank, in hopes of triggering a strike.

When the fish attacks, the angler braces their arm and attempts to wrestle these battle tanks from their murky homes.

Well-adapted for hunting, and equipped with a large, powerful jaw, these beasts are capable of gulping down nearly anything that coexists with them. They are extremely aggressive, and can frequently top the scales at over 100lbs!.

Facts aside, let’s talk about the types of bait to catch catfish? The most prominent bait in the deep south is a well-ripened tin of chicken livers.

I state well-ripened for a reason, as the most successful anglers I know use chicken livers on the verge of deteriorating from age. I’m talking about green, slimy masses of protein held together only by stringy lengths of fat and a lot of hope.

However repulsive it may seem to us, to a catfish, it represents a tasty and hearty meal. The reason behind this lies in the purpose of the whiskers located near most catfish mouths. These tendrils are referred to scientifically as barbels and work almost as a food sonar.

They pick up on trace amounts of decaying protein drifting through the water, which means that a catfish in feeding mode can pick up on a dead chunk of meat from astonishing distances away.

In a still body of water, it is genuinely just a game of waiting as prowling catfish hunt for the source of the entrancing “smells” emitted by decaying matter, eager to pounce on an opportunistic meal.

I’ve known anglers to use everything from homemade catfish bait made from chunks of ivory soap, Vienna sausages, and stale dough, to specially formulated catfish baits bought pre-processed from any tackle shop. The success rate for these materials obviously varies, based on location, time of day, and angling pressure on your chosen fishing venue.

However, despite these many processed options, one of the best catfish baits available can be found in the forage fish located in the reservoir you’ve chosen. My confidante and certified trophy catfish angler, Anthony, swears by baits that have swum in the same water as his target.

Anthony, aka Catfish Green, has caught blue catfish topping the scales at an astounding 50lbs, and I trust his judgment on all things bottom feeder. He swears by locally sourced bluegill, cut into small, bite-sized chunks, and left to soak as close to snags as possible. As tactics go, his is a tried and true catfish magnet, and I’ve used it to great effect almost anywhere catfish reside. 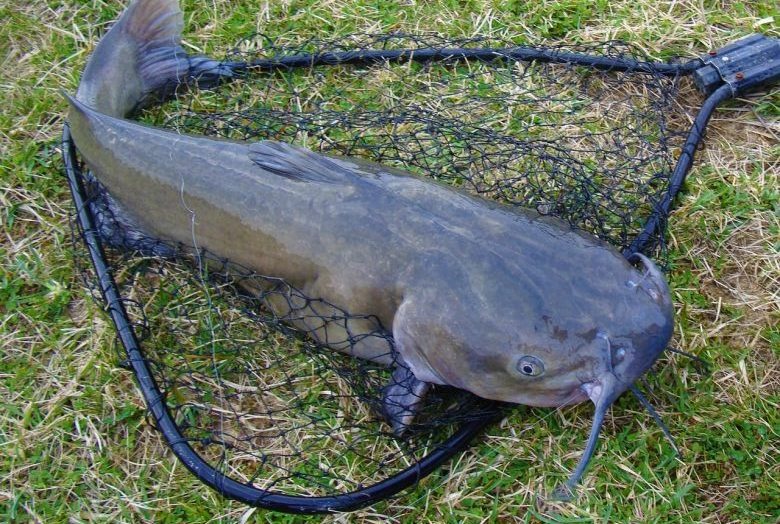 But, It’s important to note that he fishes near snags, and I’ll tell you why. It’s well known that catfish remain close to the lake bed, but few people I’ve spoken with are quite sure where. The simple and frustrating answer is that catfish enjoy spots you can’t reach with your bait.

Small nooks formed by the current, flats located by pier pilings, and deep within fallen trees and brush are the best catfish hotspots on any given body of water, regardless of other conditions. Catfish feel well at home in enclosed spaces, to the point that I no longer fish where I’m not afraid of losing tackle.

To combat this extremely exhausting reality, it is IMPERATIVE that you need to upgrade your catfish fishing equipment – that means line weight, rod strength, and terminal tackle fortitude to ensure that you can winch your foe from any depths they choose to retreat to.

Maintaining the points of your terminal tackle is key, as catfish have an unusual oral structure. The “teeth” are a long, rough pad covering a powerful bony plate. The combination results in a fierce grip between a rock and a hard place and can cause easily missed hooksets.

I find that allowing the catfish to run and then reeling in quickly to drive the point home works effectively. Catfish also tend to be the largest specimens in their locale, especially in the southern United States, so gravitate towards the side of caution. You never know what size fish you’ll wind up connected to!

Catfish anglers are adapted to a much different set of skills than bass anglers, and as such pick up their own personal techniques. I learned a while back of a gentleman who bent a coke can, and placed it between his rod and the pier railing. When a fish worth hooking struck, the rod jarred free of the can, causing a clatter recognizable from a distance away.

Lastly, another tip I’ve gleaned is to add garlic powder to your bait. The pungent aroma of the oils can help boost your chosen bait’s scent. Take care when handling a caught fish, though, as catfish have pointy spines at the end of their pectoral and dorsal fins. A stick from these needle-like protrusions often results in an infection, inflammation, and burning pain for a while.

You ready for some good ole’ fashion catfishing?

Buying Your First Fishing Boat - What You Need to Know Spend enough time fishing and, at some point, many ...
Read More

Mystery and Anticipation: Why We Fish

One of mankind’s oldest pastimes, fishing is a unique intersection between leisure and adventure activities today. Being a fisherman encompasses ...
Read More

The aggressiveness of the smallmouth bass makes them an exciting species to target. But, like many things, fish behaviors change ...
Read More

For open water trout anglers, spring is a favorite time of year. The anticipation of warm weather, flowing water and ...
Read More

The Texas Rig Explained With Step By Step Setup

Fishing a Texas Rig is a great way to get your lure or bait into an area heavy with vegetation ...
Read More

Guest Post by Andrew Patterson -- Fishing a water for carp that you've never fished before can be a pretty ...
Read More
Load More Posts

2 thoughts on “Fishing for Catfish: Targeting the Elusive Bottom Dweller”