With fish and chips being one of the more iconic meals in Britain, it may come as little surprise that there are plenty of good spots and good fishing to be had here – as good as any in Europe. Also taking into account the vast and diverse landscapes that have birthed so many distinct fishing locations, anyone looking to cast out a line in the UK truly will not be disappointed by the choices.

Blakeney on the north coast of Norfolk

With numerous lakes, lochs, rivers, and estuaries, not to mention a massive coastline, the land offers so many diverse fishing spots as well as fish species. Let’s take a look at some of the more popular UK fishing locations and the types of fish you are likely to encounter.

The locals of Whitby are year-round fishermen, and in the summer month it really does pick up in terms of the volume of anglers. This coastal town is found in the county of Yorkshire, on the east coast of England, and is known for its saltwater offerings found in the vast North Sea. Sportfishing is so popular here that every year spring, summer, and autumn Whitby Fishing Festival is held, with sponsorships and prizes of both tackle and cash awarded to the winners in various categories.

Regardless of what you plan on fishing, rod and reel are the norm, and with sea fishing the main attraction here, it is best to pack your kit accordingly and dress warm, as it can be cool at sea even in the summer!

Chartering a boat out of Whitby will give you access to some of the best seawater fish in the entire UK, including big Cod over 40 lbs (Whitby holds the British rod & reel Cod record of 58lb 6oz), Haddock and Bass. For those who just want to take in the harbor town and do some more relaxing fishing, there is plenty to be found around the piers. Whitby has a rich and storied culture linked with fishing and is truly one of the best fishing spots in the country.

The River Tweed can be found in Southern Scotland, towards the border with England. This river is world-renowned for its Salmon fishing, so it is must-see for any game fishers. Anglers from across the globe converge here during the Salmon season, but there is also a healthy supply of Trout and Grayling too.

You can fish at various points of the year, though summer is the most popular, bringing with it the best weather. With various sections of the massive River Tweed providing ample locations, there are so many great spots to be found. Your tackle will all depend on where and when you decide to fish. Fly rods are your best bet (around 15-16ft should be fine), as they can be used for different varieties of gamefish up the length of the river.

Anglesey is an island in Northern Wales, and it has a rich variety of fishing locations. Seawater fishing can be done all around the coast as well as boat charters that will take you far out to the Irish Sea. Those visiting in May and June can expect to find the likes of Herring, Pollock, Mackerel, and Coalfish.

The Llyn Y Gors area, situated in Anglesey, is home to seven lakes and the perfect place for freshwater fishing – it’s regularly nominated as one of the ten best fishing spots in the UK. You can select a lake in which to fish based on your level of experience. Match Lake with its 2 1/2 acres is ideal for pole fishermen and is known to house some large fish, with species such as Carp trench and perch all found here.

The Karpium, another popular lake for Carp anglers with specimen in the 10-20lbs range common, is the deepest of the lakes here with depths up to 14ft. Pleasure Lake and Reed Lake are two other standouts in the Llyn Y Gors region producing big catches of Perch, Tench, and Carp from 2 – 10 lbs on average.

But no matter where you go in Anglesey, with so many great locations and good boat charters and fishing guides available, there will always be the opportunity for some superb fishing.

These are just a few of the many great sportfishing locations throughout the United Kingdom, and they present but an appetizer to what is in store for anyone wishing to cast out a line in its rich waters. 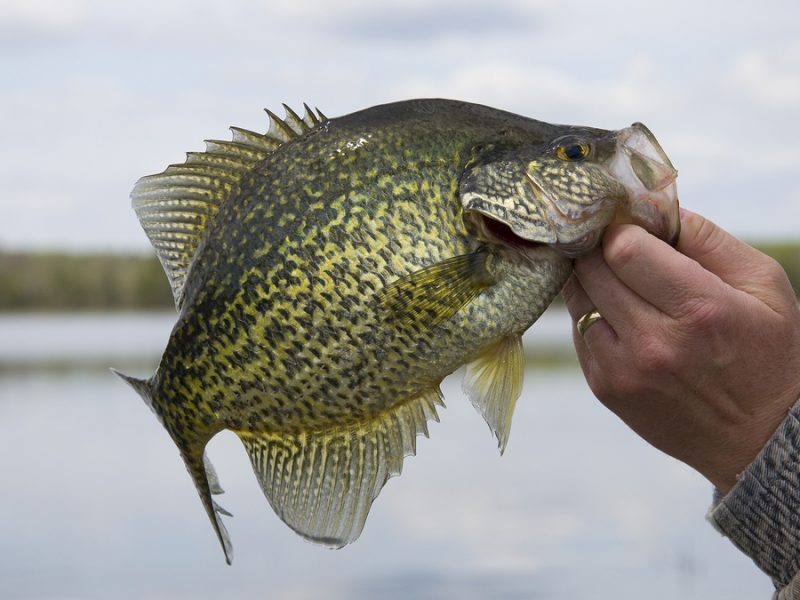 Most lifelong anglers have memories from their younger years of fishing for crappie. It could be a hot evening bite …
Read More
No Comments on Learn How to Read a River to Find More Fish

Ugh, it happened again! You just spent four grueling hours on the water, and you got shut out. Again. At …
Read More
See More Posts