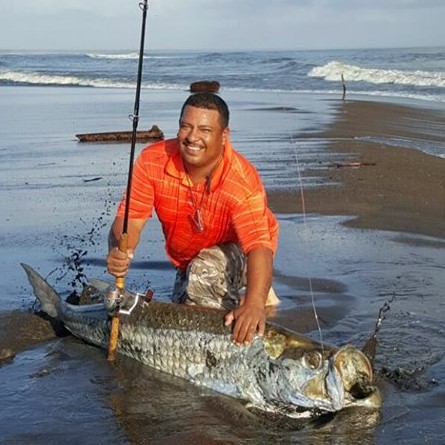 Sandwiched between Honduras to the north and Costa Rica to the south, Nicaragua is the largest country in Central America in terms of area. It may also be the best-kept secret in the sportfishing world. Slightly smaller than the state of New York at 130,000 square km (50, 000 sq mi) with a population of roughly over 6.2 million people, Nicaragua is starting to garner attention. (Guatemala is the most populous country in Central America at about 15 million people).

Nicaragua has had a turbulent history like many other Latin American countries.  It has been a part of the Spanish Empire and endured under British rule on the Caribbean coast. It has suffered dictatorships and revolution.

But today Nicaragua is a different country. Despite being the poorest nation in Central America, Nicaragua was rated the safest country in Central America in 2014. Combined with its abundant, lush natural beauty and its friendly people it is becoming a popular tourist destination, in particular with those interested in eco-tourism.

But for those looking for new fishing destinations, Nicaragua holds plenty of promising opportunities too. First off, with the cost of living being low, everything is extremely cheap to the outsider. Lodging, food and just about everything else is about a fraction of what it would cost you back home. In, fact, it is not unheard of to be able to enjoy a complete meal here for less than 2 dollars.

You will not find many 5 star resorts outside of the capital of Managua, but there are plenty of low-key resorts, eco-lodges and an ever-increasing availability of all-inclusive fishing packages. In our recent post on travel and fishing in Nicaragua, we highlighted the country’s angling opportunities as well as specific fishing charter/lodging packages catering to the traveling angler. 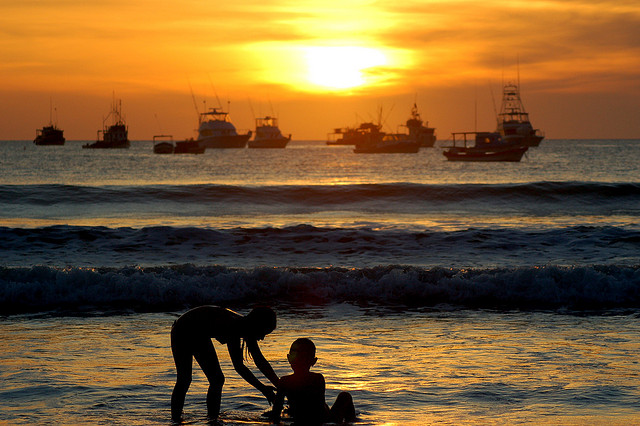 Nicaragua has some distinct advantages for the avid angler. It is bordered by the Pacific Ocean to the east and to the west by the Caribbean Sea to the west. Here the traveling fisherman will find a diversity of fish species unlike anywhere else. On the Pacific coast in places like San Juan del Sur and Puesta del Sol, you can have your fill of such outstanding gamefish as Black Marlin, Roosterfish, Mackerel, Dorado (Mahi), White Tuna and Sailfish.

If the Caribbean side is your flavor you won’t be disappointed. Here from the seaside towns of Bluefields and Rio Indo, you will find charters to take you out to where you will be able to hook up with some of the biggest Snook you have ever seen. You’ll also have your crack at tackle-busting Tarpon, Jack, Pompano, Mahi, Red Snapper, Barracuda as well the much prized Blue Marlin a little farther offshore.

FIshing aside, let’s not forget that Nicaragua has a whole lot more going for it. Of course, we know about the warm people, amazing food, and the natural wonders. Eco-tourism is growing in Nicaragua along with its tourism in general. So when you’re done fishing you’ll have many other activities from which to choose. You might want to try one of their tropical forest tours or maybe go scuba diving for lobsters, or maybe just take it easy in a hammock overlooking tranquil beaches.

With so much to offer, its ultra-low cost of living, and of course its world-class fishing, Nicaragua may not be a secret to the rest of the world for long. If you need a little help finding your Nicaraguan fishing destination or maybe a complete package with lodging, fill out our Fishing Adventure form on the home page and we’ll get back to you.