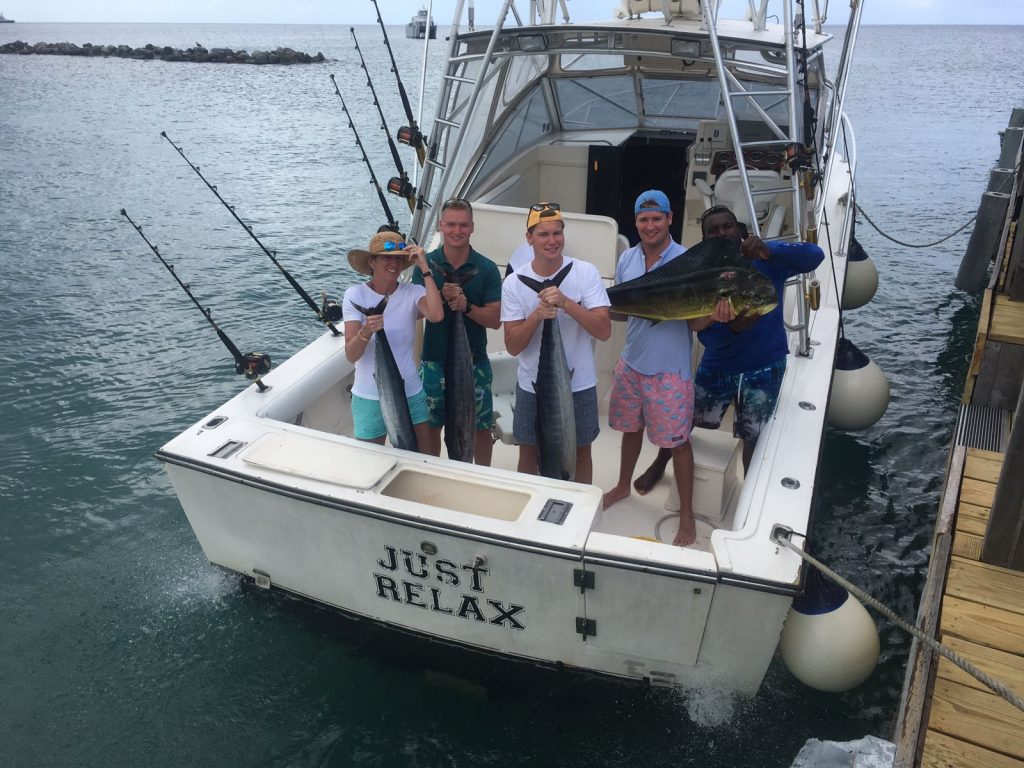 Aboard the Just Relax charter in Nevis

Nevis (pronounced as “nay-vis”) is a small volcanic Caribbean island shaped like an old Spanish piece of Eight that lies between  St. Kitts to the north, just separated by a narrow channel aptly called the “Narrows”, and the island of Montserrat approximately 62 km (38.5 miles) to the south.

Nevis and St. Kitts, both part of the Lesser Antilles chain of islands in the West Indies that also includes the Virgin Islands, Antigua, and Barbados, have long been connected going back to the days of Colonialism. The islands have remained politically connected since gaining their independence from Great Britain in 1983. History and politics aside, this region of the Caribbean is home to excellent fishing, and Nevis Fishing is no exception.

With its tropical warm climate, clear aquamarine to steel-blue waters (deep sea) and its numerous reefs with their drop-offs, Nevis has an abundance of game fish such as Wahoo, Dorado (Mahi Mahi/ Dolphin fish), Blue Marlin, Tuna, Sailfish, Barracuda and Kingfish to name a few. 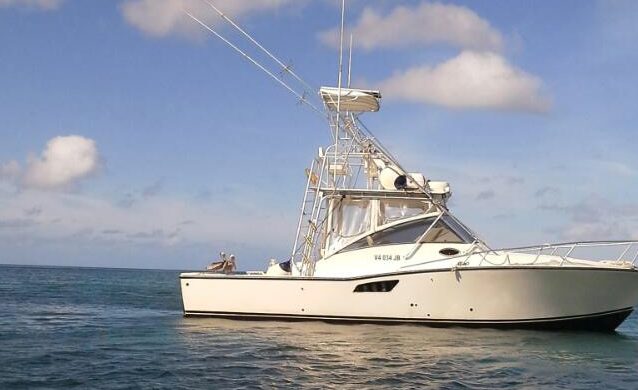 The months of June to August are prime time for catching Billfish, and from October through December, you’ll be rewarded with Wahoo fishing consistently producing catches of 25 lbs and over. For those looking to fish big Mahi or Tuna, they’ll find these waters holding plenty from November to February. Throughout the year, closer inshore you’ll catch a variety of Snapper, Grouper, Jacks, and Triggerfish as well as many other smaller species.

There are more than a dozen good fishing charters throughout the island with some of the best based out of Charlestown, the island’s capital, and Oualie Beach, the site of the Annual Nevis Fishing Tournament. This popular event has been attracting anglers from all over the Caribbean for more than 20 years. Charter rates here on Nevis are very reasonable in comparison to some of the other more popular Caribbean destinations, making it a very attractive consideration. 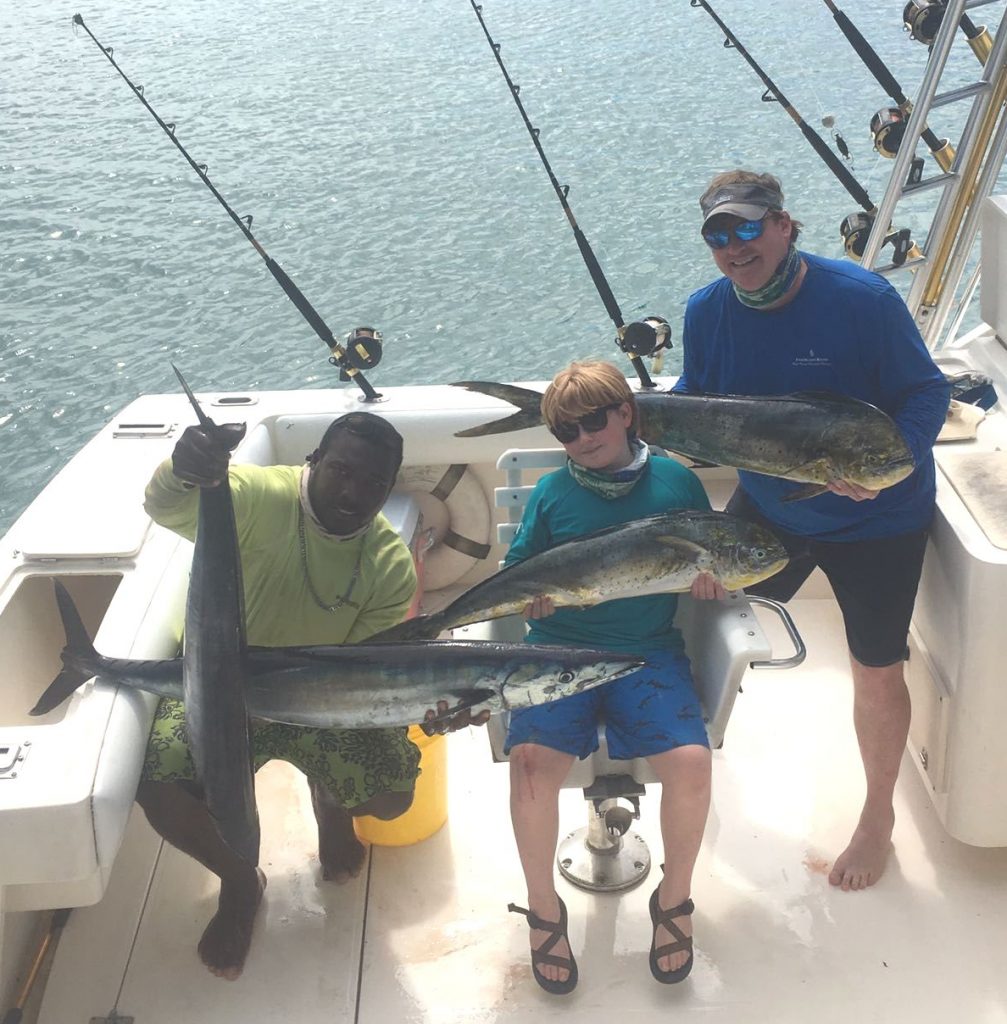 Fish with Capt. Mally in Nevis

More Than Just Fishing on Nevis

A little more perspective on Nevis history and culture. It has been said that Nevis got its name from Christopher Columbus who landed here 1493 and named it “Nuestra Señora de las Nieves” (which means Our Lady of the Snows) when he mistakenly took the clouds that surround the 3200 ft Mt. Nevis, or Nevis Peak as the inactive volcano on Nevis is called, for snow. This, of course, has never been confirmed and there are many other opinions as to how the island got its name.

However, there are some historical events that can certainly be attributed to facts. It was in Nevis that future admiral and legendary British naval hero Horatio Nelson met and married Francis ‘Fanny’ Nesbit, who was born on the island. Another historic figure tied to Nevis was Alexander Hamilton, Nevis’ most famous son. Hamilton, who went on to play a major role in the American Revolutionary War as General Washington’s top aide and later became the United States’ first Secretary of the Treasury, was born in Charlestown, Nevis.

This island which was once known as the “Queen of the Caribbees” is a place of extraordinary beauty and charm – and where the pace of life is unhurried, where you come to relax and enjoy life. In fact, the island is the picture of the Caribbean outlook on life. Here they have adopted the motto “Too blessed to be stressed” and Liming, that popular Caribbean slang that essentially means to just chill or be carefree, is done to perfection.  And after a day of intense charter boat fishing, liming may be just the thing you’ll want to do here in beautiful Nevis.

To learn more about exciting Nevis (and St. Kitts) half-day and full-day fishing trips, contact us Capt. Mally Jeffers of the “Just Relax” charter in Nevis: 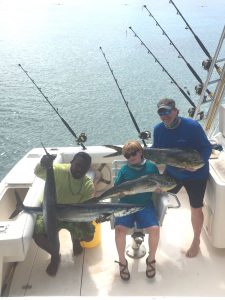 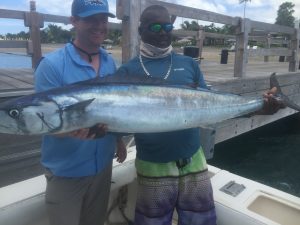 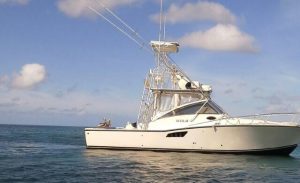 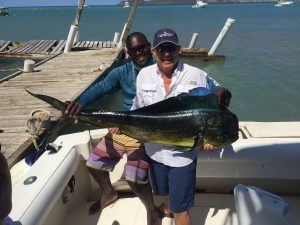 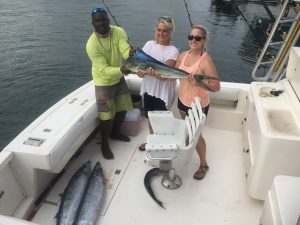