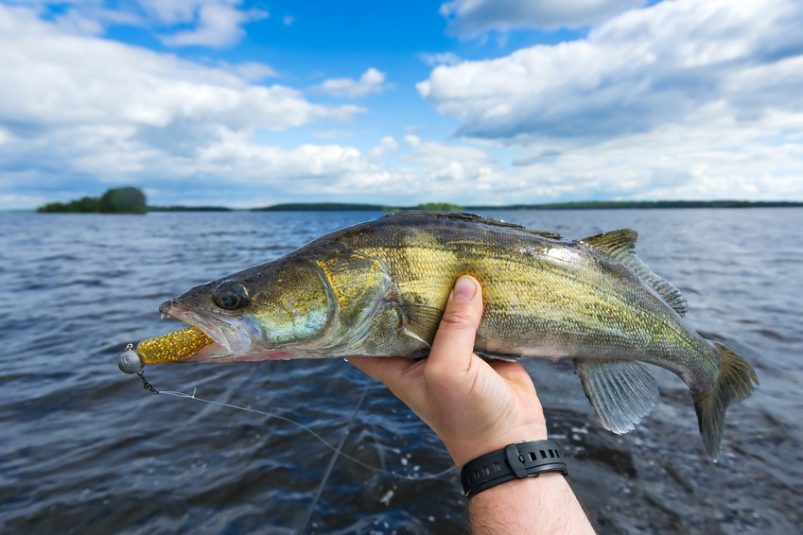 Locals and Visitors to Lake Winnipeg enjoy some superb fishing all year round. Lake Winnipeg fishing guides are definitely worth it when you are ready for a fishing trip here as they are professionals who know all of the productive locations on the lake, inland estuaries, rivers, and waterways. If you’ve got a bigger group, your guide will advise on one of the several local Lake Winnipeg fishing charter services.

The additional benefit to charters is that the vessel, as well as the mandatory gear, are supplied along with your charter. Either way, they will greatly increase your odds of catching fish on the lake. Further accommodations, if interested, can also be found locally at any of the several Lake Winnipeg fishing lodges.

Lake Winnipeg is one of the largest freshwater lakes in the world, located just north of the city of Winnipeg. It’s the third-largest freshwater lake found completely within the borders of Canada and has been a commercial fishing spot for many of the communities situated around the lake, making large contributions to the Manitoba fishing industry.

That means that any angler looking to explore the lakes of Canada can rest easy knowing there is plenty of fish worth catching in Lake Winnipeg. There are several small islands scattered throughout the lake, and plenty of rivers and streams too, providing a great variety of fishing opportunities. It is also recognized for being shallow in some areas, with depths only reaching around 10-20 ft., providing plenty of interesting challenges.

Summer and spring are best for catching big Catfish, and with autumn bringing the well-known Walleye population to the forefront of the fishing scene. Anyone wanting to find a monstrous native “Greenback”, as the Walleye are commonly referred to here (due to their beautiful iridescent green color), needn’t look further.

Some of the other native fish caught here are Sauger, Yellow Perch, Burbot, Goldeye and Lake Cisco. Non-native species introduced into the lake include Common Carp, White Bass, and Rainbow Smelt.

As for fishing gear

, quality light spinning to heavy tackle can be used depending on the species being targeted, and trolling in the channel with crankbaits is just one of the many other popular methods used. Fly fishing can also be done in the lake’s many tributary rivers and streams.

Another great location for fishing here is where the Red River empties into Lake Winnipeg. There several rivers that flow into the lake but the Red River, the Winnipeg River, and the Saskatchewan River are the three major tributaries.

The Red River is legendary for its monster Channel Catfish. So much so that anglers come here from all over North America and from around the world annually from May through September for a shot at world-class Catfish fishing. At the mouth of the river where it empties into Lake Winnipeg, you’ll also find big Greenbacks. It is not uncommon to catch double-digit lbs Greenbacks here during the fall run.

During the winter months, Lake Winnipeg is known to freeze over, providing a unique experience that many fishermen have yet to try – ice fishing. With techniques being perfected over generations, going out onto the ice and trying your luck may yield you an impressive catch with the Walleye being one of the most prominent species, many of which are massive in size.

Ice fishing in the south basin of Lake Winnipeg is the best location to try your luck. As ice fishing requires a lot of technique and patience to find the right spot for schools of walleye, it’s strongly recommended that you hire one of the many Lake Winnipeg fishing guides in the surrounding area.

They will have the latest technological devices to help locate fish under the ice, saving you from wasting hours at a time checking each hole you have cut in the hopes of finding some movement. It also requires a lot of moving around even when you are trying to get a catch, as the activity is minimal due to the fish underneath the ice being sluggish.

Most people will not have the necessary equipment or expertise for ice fishing, making hiring a guide even more reasonable. With plenty of rods, reels and electronic equipment for detection, all you need to really bring is your lucky lure. A Lake Winnipeg ice fishing guide can also explain the different techniques required to catch that trophy Walleye.