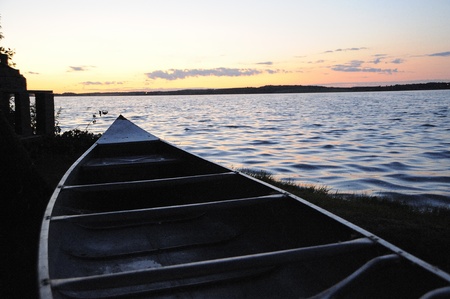 Fishing enthusiasts all over Canada and the US can attest to how excellent of a fishing destination Lake Manitoba is. This well-known lake can be found in the province that shares its name and is, in fact, the thirteenth-largest lake in all of Canada at 4,624 sq km (305 sq mi). As with Lake Winnipegosis, it’s located northwest of the Manitoba capital of Winnipeg: around fifty miles/ 80 km away, to be precise.

Topographically, it is grouped together with Winnipegosis as well as Lake Winnipeg and is the smallest of the three. It also has two basins, one of which is significantly larger. Together with the other two lakes, it is responsible for the tens of millions of dollars that Manitoba’s sport fishing industry generates annually. Millions of pounds of fish are caught here every year, by Americans and Canadians as well as tourists from more far-flung countries.

You can even find large brown trout, trendy black crappies, and the hard-to-catch burbot. Known to be one of the most delicious fish that can be found in the lake, but if you are going to eat burbot you’d better catch one yourself or get it directly from another fisherman since its unsightly eel-like features almost certainly ensure that most fish markets will not carry them.

But looks aside, if you’re skilled enough to catch burbot, you’ll be privy to enjoying one of the best-tasting fish found in freshwater.

“Rough fish”, such as carp, are also plentiful; their numbers in the lake have been increasing in recent years. Also of note is the tullibee (also known as cisco), which—while admittedly not a commercial fish—is abundant and easy to find.

Among the most common of these are sauger, yellow perch, walleye, silver bass, and pike. Indeed, pike is so common here that it’s one of the main reasons that people from outside the province come to fish in these parts. 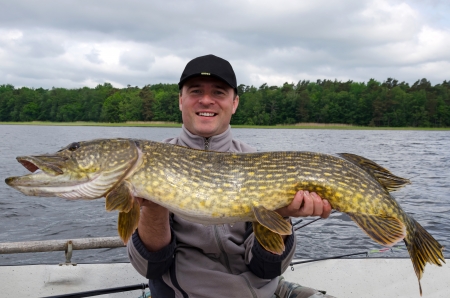 They are particularly numerous in the marshy areas since they use the plants and the dense water to hide while hunting for food. Pike is also notable in that it’s a great catch for those seeking to do ice fishing. Perch are also a great choice of prey if you’re choosing to go fishing in Lake Manitoba during the winter.

Another fish to take note of is the mullet, also known as the white sucker. These toothless fish hunt by scooping invertebrates up from the lake bed. They’re generally easy to catch, but unfortunately are often discarded afterward during commercial fishing, since they’re not considered as being profitable enough.

However, you’ll want to disregard any impulses you have to throw away these forgotten fish. Not only are they easy to catch—making them a low-investment type of prey if you’re having bad luck catching other fish—but they’re also fairly tasty, making for a quick supper.

When fishing in the lake, pay attention to which quadrant you’ve set your gear up in, as this will affect the kinds of species that can be found. In the north, for example, carp and silver bass are more common, as are walleye.

When it comes to fishing walleye, note that they tend to be found largely in the bay areas, which makes them an ideal target for folk using jigs and worms to catch them.

With the difficult-to-catch invasive carp (common carp), however—which can grow to be quite large (in the 20 lb-plus range) in this part of the lake—fishing them the months of May and June using bottom rig is an effective strategy as they come into the grassy, shallow areas to spawn.

Just make sure you are ready with a rod that has some backbone and a reel with a good drag and is spooled up with enough line, preferably 15-20 lb test braided line because these powerful fish will test your gear and your stamina.

With regard to most productive seasons, fishing is best in winter, spring and fall at Lake Manitoba. Winter is particularly interesting as people come to the lake from all over the world to fish for the lake’s wintertime treasures, particularly northern pike and perch. Other great winter catches here include burbot, silver bass, sauger, and walleye.

Taking all of these factors into consideration, it’s easy to understand that Lake Manitoba would make an excellent spot for your next fishing adventure. The fish are plentiful, the lake is beautiful, and you can engage in many other exciting outdoor activities while here.

For people coming in from all over the U.S. and Canada, many of us might even call it the perfect destination for freshwater and ice fishing.